This workshop will focus on the recent advances in quantum computing and quantum information processing. It aims at providing a forum for international and Chinese researchers in these fields to exchange their latest research results.

Invited Speakers (to be completed)
Charles H. Bennett (IBM Research, New York)
Title: Information is Quantum---how physics has helped us understand what information is and what can be done with it.

The information revolution is largely based on what a physicist would call a classical view of information, assuming that it can be copied freely and is not disturbed by observation. Quantum effects in information processing, which prevent the information in microscopic objects like atoms or photons from being observed or copied accurately, were long regarded as a mere nuisance, but are now known to make possible feats such as quantum cryptography, quantum teleportation and dramatic computational speedups.

Although progress toward a practical quantum computer is slow, other surprising quantum informational effects continue to be discovered, and quantum cryptographic systems are already available commercially. Most importantly, the quantum approach has led to a more coherent and powerful way of thinking about how physical objects interact and influence one another, and how that interaction can be used to compute, communicate, and protect privacy.

This talk will avoid mathematical complications and instead aim to explain central quantum concepts like entanglement, which at first sight seem counterintuitive.

An approximate unitary t-design is a distribution of unitaries which mimic properties of the Haar measure for polynomials (in the entries of the unitaries) of degree up to t. It has been a conjecture in the theory of quantum pseudo-randomness that polynomial sized random quantum circuits form an approximate unitary poly(n)-design. Unfortunately, up to now, the best result known was that polynomial random quantum circuits are unitary 3-designs.

In this talk I'll show that local random quantum circuits acting on n qubits composed of polynomi- ally many nearest neighbour two-qubit gates form an approximate unitary poly(n)-design, settling the conjecture in the affirmative. The proof is based on an interplay of techniques from quantum many-body theory, representation theory, and the theory of Markov chains.

Time permitting I'll also outline a few applications of the result to quantum complexity theory, local equilibration of quantum systems, and topological order. Based on joint work with Aram Harrow and Michal Horodecki.

The paradigm of LOCC (local operations and classical communication) plays a fundamental role in some of the most important quantum information tasks such as teleportation and quantum cryptography. However, despite this significance, many open questions still surround the nature of LOCC operations. For instance, does there exist sequences of LOCC protocols that converge to some global map which itself cannot be implemented by LOCC? While examples of such sequences have recently been proven for tripartite systems, hitherto this question has remained unanswered in the bipartite setting.

In this talk, I will discuss some interesting properties concerning the topological closure of LOCC. We will first consider the case of finite round LOCC and I will show how the set of r-round LOCC instruments having no more than n different outcomes is indeed closed. I will then proceed to describe a sequence of bipartite LOCC instruments that converges outside the class of LOCC.

Here We show that there exist quantum phase transitions that cause a distinct qualitative change in our ability to simulate certain quantum systems under perturbation of an external field by local operations and classical communication. In particular, we show that in certain quantum phases of the XY model, adiabatic perturbations of the external magnetic field can be simulated by local spin operations, whereas the resulting effect within other phases results in coherent non-local interactions. We discuss the potential implications to adiabatic quantum computation, where a computational advantage exists only when adiabatic perturbation results in coherent multi-body interactions.

Although the security of quantum cryptography is provable based on the principles of quantum mechanics, it can be compromised by the flaws in the design of quantum protocols and the noise in their physical implementations. So, it is indispensable to develop techniques of verifying and debugging quantum cryptographic systems. Model-checking has proved to be effective in the verification of classical cryptographic protocols, but an essential difficulty arises when it is applied to quantum systems: the state space of a quantum system is always a continuum even when its dimension is finite.

To overcome this difficulty, we introduce a novel notion of quantum Markov chain, specially suited to model quantum cryptographic protocols, in which quantum effects are entirely encoded into super-operators labelling transitions, leaving the location information (nodes) being classical. Then we define a quantum extension of probabilistic computation tree logic (PCTL) and develop a model-checking algorithm for quantum Markov chains.

The dynamics for an open quantum system can be 'unravelled' in infinitely many ways, depending on how the environment is monitored, yielding different sorts of conditioned states, evolving stochastically. In the case of ideal monitoring these states are pure, and the set of states for a given monitoring forms a basis (which is overcomplete in general) for the system. It has been argued elsewhere [D. Atkins et al., Europhys. Lett. 69, 163 (2005)] that the 'pointer basis' as introduced by Zurek and co-workers [Phys. Rev. Lett. 70, 1187 (1993)], should be identified with the unravelling-induced basis which decoheres most slowly.

I will review our works on quantum information with cold atoms in various external potential with Feshbach resonance, such as harmonic potential, optical lattice and gauge field. Quantum phase transition is one of the most important issues in cold atomic physics, and quantum fidelity is an important concept emerging from quantum information. In this talk, I will describe as simply as possible the role of fidelity and its leading term, i.e. the so called fidelity susceptibility, in quantum phase transitions. The quantum phase transition and the strongly correlated effect of cold atoms in triangular optical lattice, and the interacting Dirac fermions on honeycomb lattice, are investigated by using cluster dynamical mean-field theory and continuous time quantum Monte Carlo method. We also study the quantum spin Hall effect in the kagome optical lattice.

Quantum key distribution (QKD) is a technology that can, in principle, provide cryptographic systems with an unprecedented level of security. Unfortunately, practical QKD schemes often suffer from imperfections and do not achieve the theoretical security. Indeed, quantum hacking against practical QKD systems, particularly via detector side channel attacks, has emerged as a hot topic. Existing counter-measures against this kind of attacks are either highly impractical or may not be fully effective.

Recently, we have proposed (Hoi-Kwong Lo, Marcos Curty, and Bing Qi, Physical Review Letters 108, 130503, 2012) a new solution, measurement-device-independent QKD (MDI-QKD), which can "short-circuit" all detector security loopholes. In other words, the system will be automatically immune to all detector side channel attacks. This is remarkable because it means that commercial QKD detection systems would no longer require any special security certifications and, in fact, they can even be manufactured by a malicious eavesdropper, Eve.

I will survey some recent observations concerned with the transfer of arbitrary quantum states in a network of spin particles and the preparation of the network in an arbitrary configuration. Among these, I will talk about the recent solution of a problem of Bose about high fidelity state transfer in a spin chain, which originally motivated the study of spin networks as communication nanodevices.

The quantum Fourier transform (QFT) is sometimes said to be the source of various exponential quantum speed-ups---most famously, the QFT is a central ingredient in Shor's factoring algorithm. Here we introduce a class of quantum circuits, called normalizer circuits, which cannot outperform classical computers even though the QFT constitutes an essential component. A normalizer circuit over a finite abelian group is any quantum circuit comprising the QFT over this group, gates which compute automorphisms and gates which realize quadratic functions on the group. We prove that all normalizer circuits have polynomial-time classical simulations. This result generalizes the celebrated Gottesman-Knill theorem which states that every stabilizer circuit can be simulated efficiently classically. Finally, we discuss connections between normalizer circuits and Shor's factoring algorithm.

The Lovasz' number (theta) is one of the most famous graph parameters, being efficiently computable as a semidefinite programme, but sandwiched between the independence number and chromatic number - which are both NP-hard. Due to other nice properties it is even an upper bound on the zero-error ("Shannon") capacity of a graph.

I will review recent work with T Cubitt, R Duan, D Leung, W Matthews and S Severini on extensions of Shannon's and Lovasz' theory to the quantum setting: (1) Lovasz' theta is also an upper bound on the zero-error capacity assisted by entanglement; (2) the latter can be strictly larger than without entanglement; (3) there is a hierarchy of semidefinite relaxations characterizing the entanglement- assisted zero-error capacity of a graph; (4) there exists a natural extension of zero-error information theory to genuine quantum channels, including the Lovasz number; (5) linear and semidefinite programs also govern zero-error communication assisted by other "non-local" correlation resources.

Advances in quantum information science have opened new venues for scientific discovery in different fields. In this report, we first discuss recent achievements in quantum simulation. We then introduce an algorithmic quantum cooling method that can be applied to any physical systems, and present its experimental implementation using a quantum optics setup. Considering reliable quantum communication through noisy channels, we further discuss a method that allows perfect quantum communication by encoding pairs of noisy channels. Experimental results on two encoded optical polarization maintaining fibers are presented and the interferometric activation effect on quantum capacity is shown. 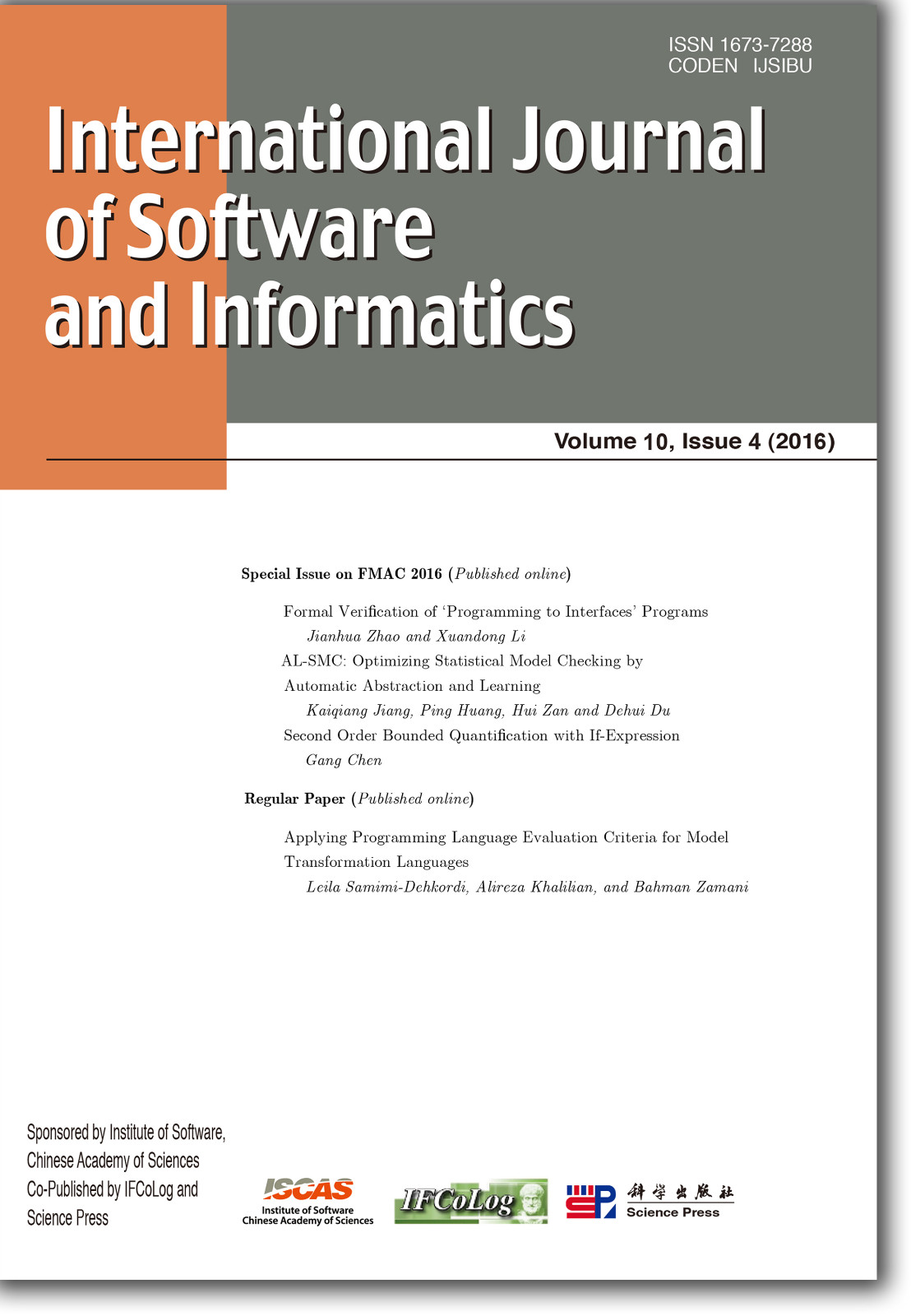